Back to Blog Posts
Prev

Foreclosures - Are we about to see a surge of them hit the market?

So, are we about to see a surge of Foreclosed homes hit the housing market? Not likely. Regardless of what type of hype or scare story you read or hear in the national media, this simply is not what the market holds in the near future.

Then there were also a very large number that have already come out of forebearance by either paying up to date, doing a loan modification with their lender, refinancing or selling their home.

There are still a number of people that unfortunately have not been able to return to their previous level of income and have not been able to do anything yet to "catch up" the larger balance their home loan has grown to. With that in mind, many would be able to sell their home (with the lenders cooperation) with the amount of equity they have and clear out with a positive balance and avoid foreclosure. The housing values in most areas have increased so much over the last 18 months that many people have more equity than they realize. This of course is not true for every part of the country or every homeowner, but a large number would have this option.

In the previous housing collapse of 2010 this was not the case. The home values had not grown enough and people often had not owned their homes long enough to provide them any equity. The lenders do not want to go through that again as it costs them to foreclose on a home every time. There are many factors behind the scenes that the lender is shelling out money on to foreclose that they simply do not want to be in a position to do that and have a large inventory of homes to sell again.

As of this writing there are less than 2 Million homeowners that have not made arrangements for how they will come out of forebearance. That is a large number by itself, but considering the total number of homes in the U.S. this is a very small percentage. The homeowners in this position won't all be able to work out a solution unfortunately. But many will, once they try working with their lender.

For a point of reference, as of the day of this writing there are 15 homes for sale that are foreclosure homes in the Dallas and Fort Worth metropolitan area, with 30 more that are either under contract or have sold during 2021 (it is November now). Last month alone well over 6,000 homes sold in the metropolitan area. We also have less than a 1 month supply of homes in many areas while the areas that exceed 1 month worth of homes to sell are not by much. 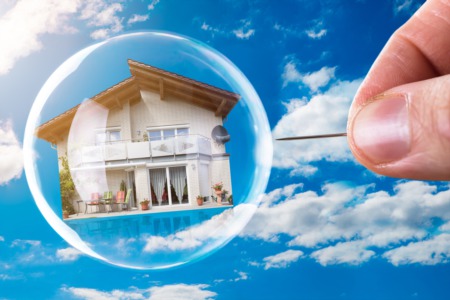 Is there a housing bubble in Texas? Is it a good time to sell, buy or wait out the market?

So, are we in a housing bubble? I get one form or another of this question several times per week. Sometimes it is not in the form of a question but ...Read More